The volcanic paradise island of Madeira provides the setting for GOD'S GARDEN, choreographer Arthur Pita's new full-length dance theatre piece. GOD'S GARDEN is based on the parable of the Prodigal Son, and in it the golden boy of the Costa family is under pressure from his commitment to a marriage. Knowing he can't constrain his true urges, he flees on his wedding day to sow his wild oats. His faithful bride is left to cry buckets of tears, enough to water a hungry garden. When the Prodigal Son returns to his family, it is to discover that forgiveness and celebration may be fine, but a jilted bride must have her revenge. Elemental forces - earth, fire, water and air - combine with the colour and vitality of Madeira's folklore and the rich complexity of its passionate people in a story of all- too-human failings.

Live fado music is just one highlight of this multi- layered work of dance theatre performed by Nuno Silva, Diana Payne Myers, Lorena Randi, Phil King. Set and costumes are by acclaimed designer Jean-Marc Puissant, while lighting is by award winning Natasha Chivers.This new work is tightly woven with themes of denial and celebration, death, sexuality, love, betrayal and even botany. The charm of Madeira's culture combined with a powerful parable re imagined by Pita make this a premiere debut not to be missed.

" a striking 75-minute touring piece of dance theatre and live music, transmits the distinctive colour of island life, including its darker shades "
" with excitement like a bouncing puff-ball "
" there is riotous celebration "
" Never mawkish, the piece is full of earthy surprises. "
" its warmth and its genuine strangeness, this paradise lives up to its promise "
INDEPENDENT SUNDAY

" an invigorating 75-minute piece of dance theatre " "the family celebrate with wild and whirling steps, full of love and warmth. "
" All are superb and their presences give the piece unusual richness and texture."
" But what is really impressive is the way Pita makes his metaphors work so clearly. "
" a substantial and serious piece which confirms Pita a man to watch "
" God's Garden consistently defies expectations. "
" rooted firmly in the earth "
DAILY TELEGRAPH

" a dance of cocksure, muscular self-assertion "
" God's Garden occupies the dreamy, ritualistic territory "
" spiked with a comedic acid which is Pita's own "
" a choreographic passage of inspired ghastliness" "Precision casting underpins the piece "
" the choreography is precision-finished "
OBSERVER

" a folksy celebration that spills out into the audience "
THE TIMES

" Pita has a reputation for producing surreal dance theatre and God's Garden is no exception "
" nuggets of pure gold "
" duet with the dead body of the grandmother will surely move you to tears "
" There is humour at every turn. "
" Now thats revenge. "
THE STAGE

" revenge and triumphant dance upon the coffin of her fiance were astonishingly powerful. "
THE BRIGHTON ARGUS 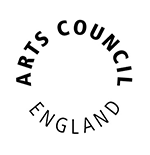